Gatebil is know as one of the world’s largest and prestigious drift track days in the world featuring top drift drivers from around the world. Webb stepped up to the plate and put on an awesome performance in a borrowed car drifting door to door with the worlds best drivers.

Webb was the only South African driving at the event and was able to drift in tandem with some of the worlds best drivers proving to the rest of the wold and himself he has a very bright future in drifting ahead of him.

Gatebil is not a competition but rather a glorified track day where drivers get to got out as much as they like , with who ever they like and push the boundaries of drifting.

“Drifting on the Rodskogen raceway is like nothing I’ve ever experienced back home in RSA. I was following drivers into drifts at over 150KPH were in South Africa we are hardly ever drifting at speeds of over 100KHP. So be able to stick with some of the worlds top drivers threw high speed drifts was an incredible and really opened my eyes as to whats possible in a drift car. The experience was something Ild never forget and I hope to be able to bring back some what I’ve learned to take my driving to the next level back in RSA. I was also awesome to have top drivers Ive always dreamt of meeting come up to me and congratulate me on my sessions out on track. I would say Gatebil is a crucial event for any up and coming drifter who is trying to be noticed and make it on a global level.“, says Jason Webb

Gatebil Rudskogen is easily a contender for the world’s best track day event.

Between the insane amount of seat time, and the off-the-charts builds; if you haven’t made the automotive pilgrimage to the simply epic Rudskogen Motorsenter in Norway in early July, then you are missing out.

Known simply as Gatebil to its fans (Norwegian for hot rod or streetcar), what started out with a few friends pooling their cash and renting the circuit to enjoy a weekend of tyre-slaying, BBQs and sunshine, has grown into a tyre smoke filled weekender that pulls in 35,000 people from all over the globe.

Fans can rub shoulders with drivers and teams from drift, rallycross, grip and time attack.

What’s more, the no limits ethos means boosted pro-spec Japanese metal shares the blacktop with hulking and winged V8s, as well as 1000bhp home build sleepers; forming snaking drift trains unlike anything you’ve ever seen before.

When the sun goes down, the action doesn’t lean off either. While the cars are parked and the tools cleared away, the speakers are cranked up on the awesome AfterTrack stage.

Not to mention double 2016 World RX winner Andreas Bakkerud, who was in the paddock for part of the weekend getting to grips with his temporary new ride a NTCC class Mustang Touring Car.

This year a new format of competition was introduced to the event: ­ The team based Super Three playoff which brought the noise at the Monster Energy After Track festival-style stage. 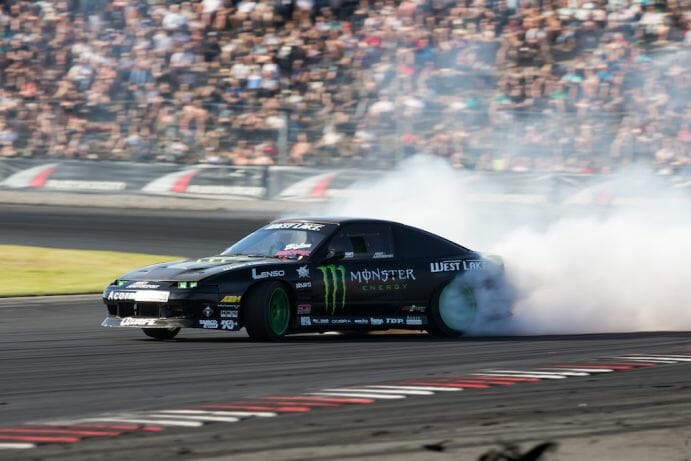 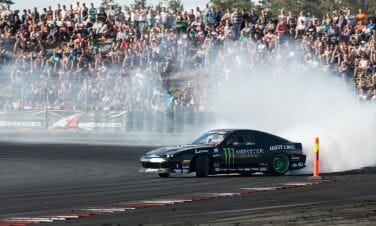 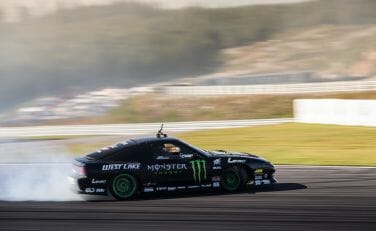 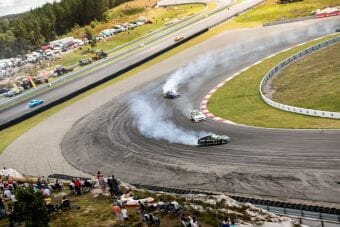 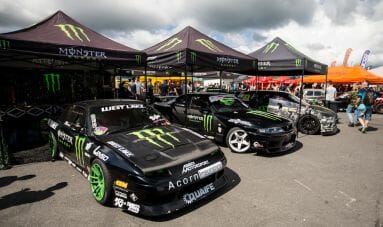 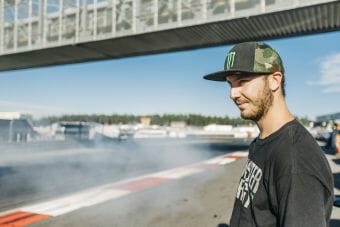 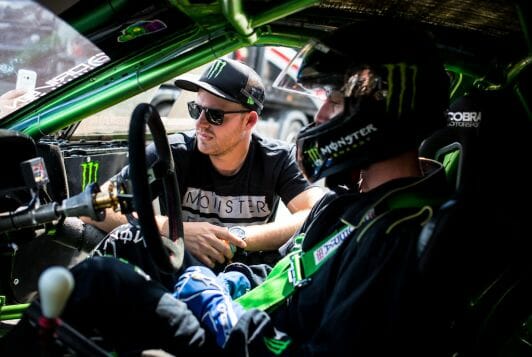 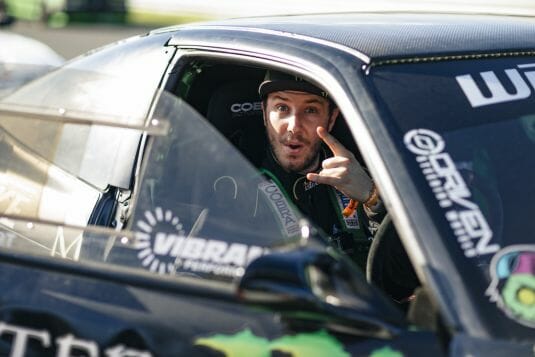