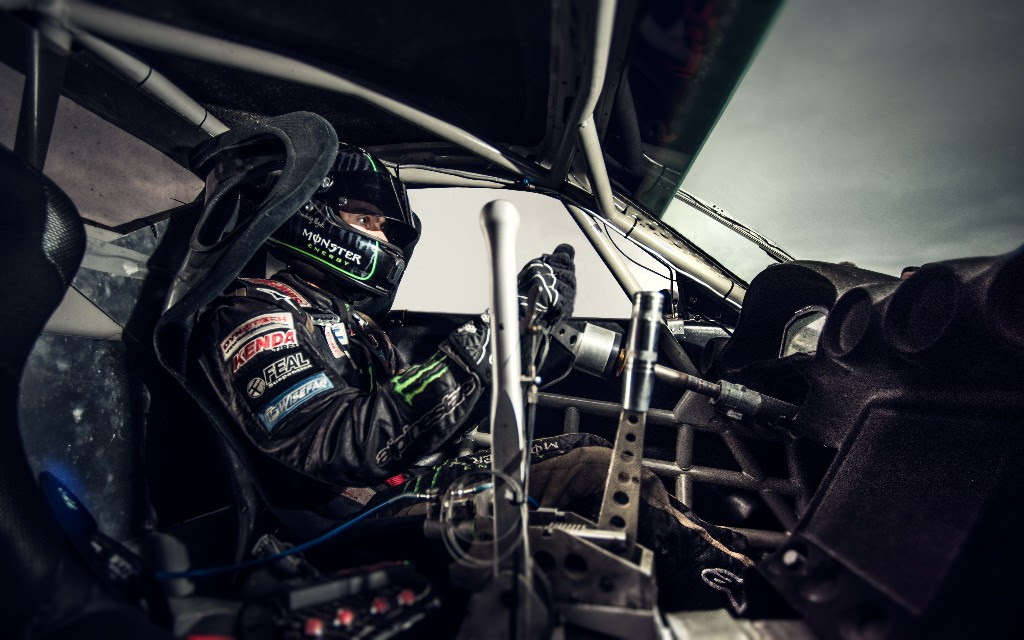 As the famous saying goes, ‘Speed is fine, but accuracy is final’. Celebrating half a decade of full-throttle tyre-slaying mayhem, Gymkhana GRiD’s European Gauntlet Series touched down in the historic town of Marathon in Greece for its 2016 showdown.

We don’t need to tell you the racing was intense, and we definitely don’t need to tell you that the stack of smoking tyres at the end of the incredible three-day event was almost as high as the Acropolis itself. The big news is that after an impressive fire-spitting roster of 55 cars went head to head and against the clock, Petter Solberg and Luke Woodham emerged victorious in the All-Wheel Drive (AWD) and Rear-Wheel Drive (RWD) class respectively.

Even with the event occupying its usual late-October slot in the race season, come race day the sun scorched through the cloudy autumn Athenian sky, lighting up the grandstands filled with fans who had swapped the dusty banksides of the Acropolis rally for the amphitheater-style tribunes around the tight GRiD track.

As the sun went down and the temperature dropped, the intensity on the blacktop only amped up. Reigning Gymkhana GRiD champion Luke Woodham and UK-based hotshoe Adam Elder carved through the field to go head-to-head in an epic battle in the final, with the split between them in the first run amounting to only 300ths of a second. By run two, Woodham just pulled clear, beating Elder to the finish line by a margin of 1.64 seconds. Fellow UK racer Danny Cross scorched to the finish line to defeat ‘Croatian Crusher’ Marko Palijan in his signature E30 BMW to round out the top three of the rear-wheel drive category.

In the All-Wheel drive class it was a true clash of the rallycross titans; Petter Solberg, Liam Doran and Reinis Nitišs all pushed through to the final battles, after some of the most horsepower and smoke filled runs Gymkhana GRiD has ever born witness to. In a shock plot twist, reigning series champion Dmitrij Srybnyj was eliminated in the great-eight-quarter final stages. Another surprising exit came in the form of series founder Ken Block, who had been in contention for the podium, setting some of the fastest times all weekend, when he was eliminated (by Doran) in the semi finals.

The day culminated in an epic battle between reigning FIA World Rallycross Champion Solberg, and multiple X-Games medalist Liam Doran; both World RX racers, both armed with huge horsepower Citroens, and both drivers out with a point to prove. In a haze of fire and smoke, Petter just nosed ahead, and the rest as they say is history, but only by 1.75 seconds. Reinis Nitišs rounded out the podium with two super solid runs, facing off against the head Hoonigan in charge for third place.

Don’t just take our word for it though, check out the inside line from the winning drivers themselves, the recording of the livestream, as well as an eye-popping selection of images direct from our trackside sharp shooter photographers.

Luke Woodham – 1st place (RWD) – 02:03.760
“I can’t explain the feeling. It’s three times in a row, and it’s not been easy. Adam had me worried. He set the fastest time in qualifying; I was second. We made a few changes to the car. It didn’t work so we re-did the car all over again in the pits, all the lads, all the monster energy athletes and teammates, we all came together, and we put our heads together and we worked out a good package. It wasn’t easy. I had to drive my arse off. I’m so happy. This is one of the best events I have ever done. They (the crowds) are so enthusiastic; completely behind every driver. Really welcoming I can’t wait to come back and race again here some time!”

Adam Elder – 2nd place RWD – 02:05.400
“Luke is definitely the one to beat – his crew worked really hard all weekend. I was top qualifier, and honestly I thought I had it in the bag, but he really just pulled it out of the bag in the end. I’d really like to thank all of the Monster guys for their hard effort this weekend – it’s been absolutely incredible – it’s hard to describe how happy I am, even though I didn’t get the top spot. I definitely want to come back stronger at the next one. That top spot is mine next year!”

Danny Cross – 3rd place RWD – 02:08.880
“I’m over the moon. The field this year has been intense. I thought last year was bad enough when I got second. The game has risen so high this year, it’s unreal. You have the likes of Petter Solberg and Liam Doran. They’re all doing really well. The top three this year is the same top three as last year, just a slightly different order. The Greek fans are wicked. They love their motorsport. They’re awesome. Its really really good. Everything was okay with the car. A little bit of oil pressure issue on the last run, that’s why I called five minutes. A few things I need to change for next season, but that’s all within hand. The engine is still good. That’s all that matters at the end of the day.”

Petter Solberg – 1st place AWD – 01:57.750
“I tell you, I can’t remember the last time I was so nervous. The racing started, and I’ve seen the trophies, and I knew I just wanted to get one – it’s like a dream. I just can’t describe how it feels now, because I’m just so happy. So many people in the grandstands, and so much excitement. It feels like a world championship. I stalled off the line in one the battles, and I think that comes down to me being very nervous, and on this car there is no launch control, so I have to do it manually. But anyway, my thought was, that’s it. I got it started quickly, it took three and a half seconds, and then I thought the only thing to do is to go absolutely flat out and take some risks, and it worked out. But in the semi final and the final, I backed off a little bit, so as not to make any mistakes at all, going for more consistency, and then the biggest attack, and it paid off. It’s a very very unique event – a big thank you to everyone that put it on. Getting this trophy is fantastic, and feels like a world championship.”

Liam Doran – 2nd place AWD – 01:59.500
“It’s gone so well over the last couple of weeks, it’s hard to believe. I came over to Greece straight from winning the British Rallycross Grand Prix at Croft, and now I’ve stuck it on the podium at Gymkhana GRiD. I think realistically Petter is the only person I can be happy with having beaten me. I was really really close to him in the final, so I know I was competitive. In this format of driving there is probably no one better in the world, it’s gone up and down for me this year, but to end on such a high is absolutely fantastic. If only the car would work so well at rallycross all the time as well, I’d be getting somewhere. The car was a bit of a handful on the tight track – but it was a lot of fun. Thank you to everyone though for putting on this amazing event, it’s been an intense but great weekend!”

Reinis Nitišs – 3rd place AWD – 02:03.020
“When I first came here, I was eight seconds off the pace and I was thinking what is going on? Then we tweaked the setup of the car, changing the tyres and pressures. I can also say I won more in the mental game here versus the competition. A lot of the drivers were very worried in-between runs, and I just tried to stay strong. I want to take the opportunity to say thank you to Terry Grant. He came up to me after our battle and said: ‘if I lost, you have to win’. It was a big boost. Then, when I just came off the track, the steward told me that I was in the top-three and I just beat Ken Block. I said, ‘I can’t believe it. It must mean he must have made some mistakes but it’s amazing’. The Greek fans are amazing. They all came up to me and shook my hands and took pictures. I can’t believe it!”-