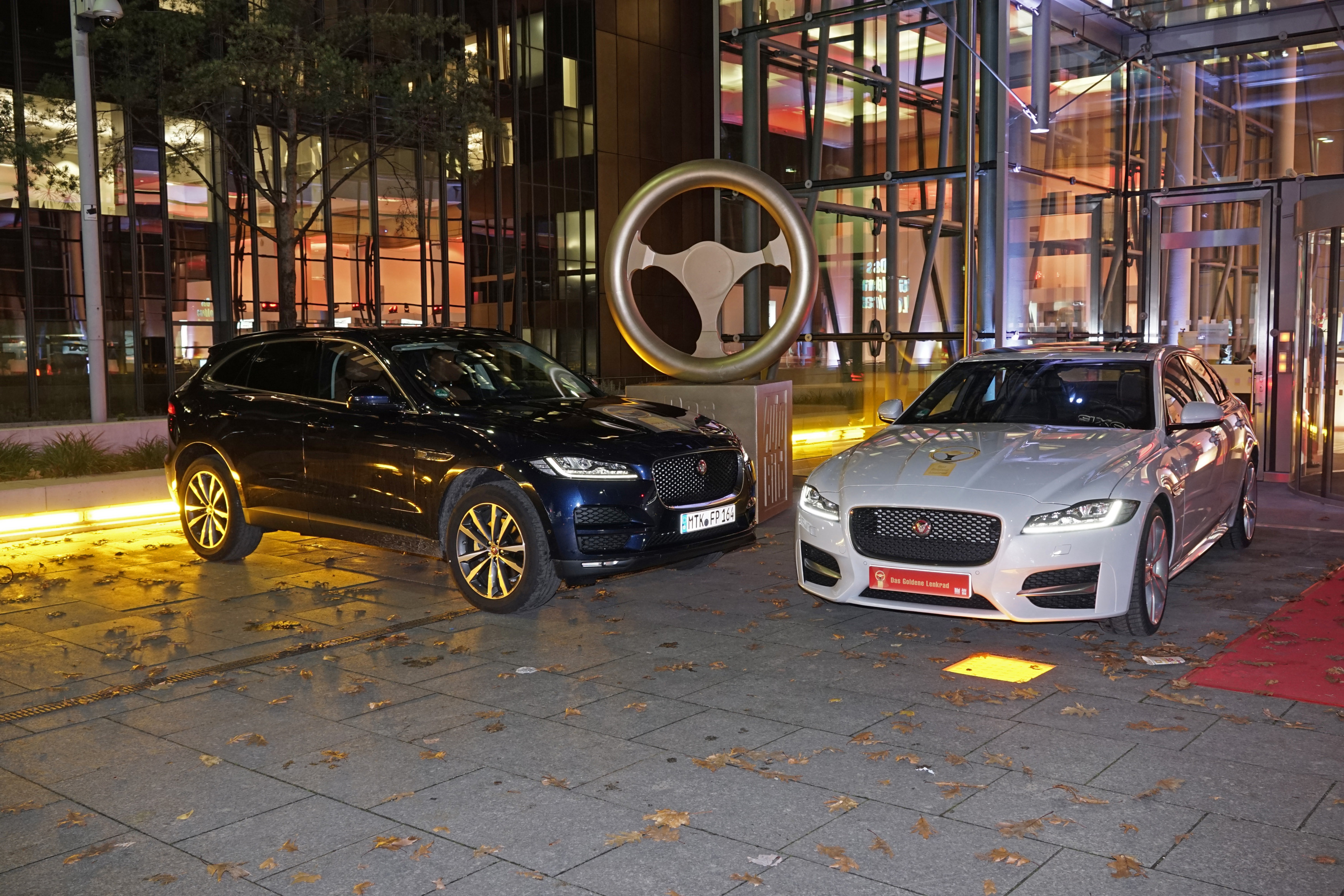 Pretoria, 9 November 2016 – Jaguar has won Germany’s top car award, the Golden Steering Wheel. The Jaguar XF was voted ‘Best Saloon’ in the Mid-Full-size category, ahead of the Mercedes-Benz E-Class and Volvo S90. Jaguar had further reason to celebrate in the Large SUV category, with the F-PACE taking second place.

The Jaguar XF defines the segment with unrivalled design, luxury, technology and efficiency, underpinned by class-leading driving dynamics and refinement. Launched earlier in 2016, the XF boasts an aluminium-intensive construction that is up to 190kg lighter than its predecessor. Additionally, is available with Jaguar’s virtual instrument cluster and 10.2-inch InControl Touch Pro infotainment system, as well as an in-car wireless hotspot for the ultimate in mobile connectivity.

“Winning this prestigious Golden Steering Wheel award in the most demanding automotive market and the toughest premium segment in the world, means a lot to Jaguar Land Rover,” said Dr Ralf Speth, Jaguar Land Rover CEO. “The Golden Steering wheel confirms all the efforts of the Jaguar Land Rover team in delivering special, solid products with distinct character that excite the senses. I want to thank the experienced readers and seasoned expert jury for their appraisal – and especially the JLR team.”

Jaguar’s first performance SUV, the F-PACE, took a strong second place in the large SUV category. It is designed and engineered to offer the agility, responsiveness and refinement Jaguar is renowned for together with everyday usability, delivering the Ultimate Practical Sports car. The F-PACE has been fantastically received and is Jaguar’s fastest-selling vehicle ever.

For the 41st Golden Steering Wheel Awards, 36 new models competed in six categories. In the first round of voting, millions of readers of Auto Bild and its sister publications in more than 20 European countries, together with the readers of Sunday paper Bild am Sonntag, selected their favourites. After the votes had been counted, the 24 finalists were determined. A 67 strong jury consisting of racing drivers, chief editors, designers and other car experts, thoroughly tested the new models comparing driving dynamics, connectivity, designs and operating costs.

The Jaguar XF range is available in South Africa with a range of efficient, high-performance petrol and diesel engines. Pricing starts at R765 900. The Jaguar F-PACE performance SUV is available from R776 800.