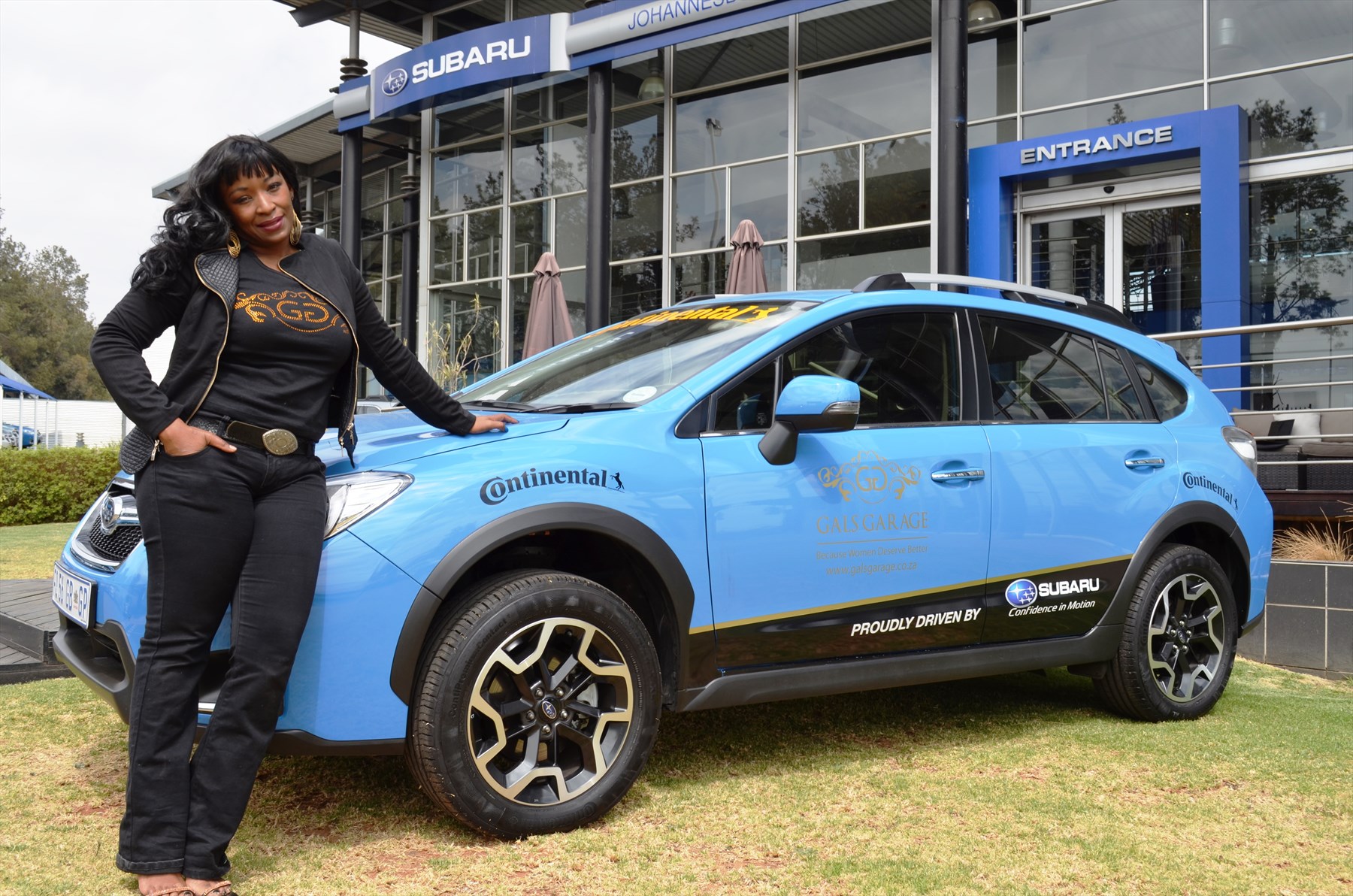 For over 50 years, Subaru has remained committed to developing cars with exceptional safety standards, something for which the company has become renowned. This is evident in the 5* safety ratings that have been achieved for all Subaru vehicles among all of the most reputable safety ratings agencies in the world, including the Japanese JNCAP, Euro NCAP, American ANCAP and the NHTSA.

They remain the only vehicle manufacturer with a Top Safety Pick rating by the US Insurance Institute for Highway Safety for the entire product range for six years running (2010 – 2015).

A large part of Vuyi Mpofu’s life is spent advocating for road safety, a cause for which she is very passionate. Whether it’s through the safety workshops she runs in conjunction with other road safety partners, or through the safety tips and articles shared on her Driving in Heels platforms, Vuyi is driving significant change in road safety across the country.

For Ashley Lazarus, Marketing Manager of Subaru Southern Africa, this partnership embodies a key part of the Subaru ethos. “Vuyi represents everything we stand for as a brand, which is to build outstanding cars that are enjoyable to drive, dependable and above all, absolutely safe. Vuyi’s work in the road safety space is commendable and partnering with her to empower drivers to be safer is a perfect fit for us.”

The strategic partnership with Vuyi Mpofu will specifically focus on positioning Subaru as the leader in automotive safety, driving our brand statement of Confidence in Motion. The activities surrounding the partnership will centre on increasing brand visibility around the four pillars of Subaru Safety. Primary Safety, Active Safety, Passive and Pre-Collision Safety.  This awareness will be achieved through a number of initiatives including hands-on technical and safety workshops, video content production and more.

For Vuyi, “this partnership with Subaru will allow me to reach more and more people through my Car Care Clinics, Gals Garage and Fantastic Fathers workshops. Subaru is well known for producing cars that deliver exceptional performance and reliability but they are most acclaimed for the impeccable safety standards. There is no other car that offers this level of attention to detail when it comes to safety and who better to partner with in broadening road safety awareness?”

Subaru has chosen the Subaru XV 2.0i Lineartronic CVT as the car that Vuyi will initially drive over the 12-month partnership and Ashley Lazarus considers the pairing just right. “We felt that the 2016 XV suited Vuyi’s personality and charm, especially in this very popular Hyper Blue colour. We’re also very proud of the XV which has just won Top Honours in the Destiny & Destiny Man Top 14 Awards. It’s a car that defies what a crossover should be capable of, and it’s considered the safest crossover in its class.”

This partnership will form the build up to the official launch of Subaru EyeSight® into South Africa in the third quarter of 2017. EyeSight® is the latest feature in Subaru Pre-Collision Safety and has been in development since 1989. EyeSight® has been designed to minimize collision damage or if possible, prevent the collision, by coordinating the stereo cameras, engine, transmission and brakes in unison to slow the vehicle down or bring it to a complete stop. It is the most significant leap in crash prevention since the invention of Symmetrical All-Wheel Drive.

EyeSight® is an extra set of eyes on the road, and if need be, an extra foot on the brake when you drive. When equipped with Subaru EyeSight®, the 2016 Forester, Impreza (not currently sold in South Africa), Legacy, Outback, XV and WRX each received the highest possible score in front crash prevention by the IIHS, outperforming all other manufacturers tested. EyeSight® is the only pre-collision driver support system that employs two stereo cameras for higher detection accuracy of people and other vehicles.

A self-confessed petrol-chic and road safety advocate, Vuyi Mpofu’s love affair with cars, trucks and motorbikes began at a young age. After studying PR and Advertising, Vuyi worked in the advertising sector on numerous FMCG, Pharmaceutical and Mobile accounts before breaking out on her own in 2006 to start a career as a Marketing Consultant in the Shopping Centre Industry through her company called Constructed Kaos Communications, which worked on several well-known retail entities including Westage Shopping Centre, Southgate Shopping Centre (owned by Pareto), as well as Alberton City Mall and Liberty Midlands Mall (owned by Liberty).

In 2010, after a year-long sabbatical, Vuyi decided to pursue her first passion – cars, by launching her motoring media portal: Driving In Heels, the Evolution of Motoring, through a 20-minute motoring feature on Metro FM as well as on-line.  Aimed at educating, informing and empowering the female motoring population, Driving In Heels expanded its service offerings to include two business-to-business motoring lifestyle training events which cover a myriad of topics ranging from pregnancy & infant in-car safety to vehicle finance & insurance, as well as safe driving tips plus legal and legislative matters which affect one’s everyday driving experience .

These motoring lifestyle events are not only unique and an industry first, but have also become an anchor for many women across the country, particularly in the corporate space. With TETA accreditation in place the Driving Divas and Gals Garage training courses are a must for drivers.

From a media point of view, Vuyi continues to keep Driving In Heels top of mind through the weekly Car Loving Feature which airs live every Thursday on SABC Radio 2000FM and is a regular guest on Buyer’s Guide and Ignition. She is the motoring contributor for the Sowetan Magazine publication, is a Judge on the annual Women on Wheels competition and a member of the South African Guild of Motoring Journalists.  Vuyi is also the first female Judge on the eTV car show called So you Think You Can Spin, a member of the South African Women in Road Safety Council and a registered Webfluential influencer.