The 911 Turbo has been a key model in Porsche’s line-up since its inception in 1974. The Turbo has become brands halo model and an icon within the motoring world. Each generation becoming faster, more focused and ultimately moving closer to perfection.

I was invited to sample the latest Porsche 911 Turbo S. It is the fastest, most powerful, most jaw-dropping, eye-watering, soul-stirring, heart racing 992 model on offer. Finished here in GT Silver it is hard to tell that it is indeed the fastest car that I have ever had the privilege of experiencing.

It accomplishes its impressive feats by combining a brilliant 3.8-litre flat-6 which features twin variable geometry turbochargers and pumps out 478kW and 800Nm of torque to a chassis that is able to dance like a ballerina around corners. It will hit 100km/h in 2.7 seconds and 200km/h 6.2 seconds later. It’s not all about speed though.

The thing that I love about the 911 Turbo S is that is can roam around seemingly unnoticed. Unlike its track-focused siblings, the Turbo S is void of big vents, wings and scaffolding behind the seats. Instead, it takes a neat, uncluttered approach. There is also less of a difference in overall design when compared to the normal 992 Carrera as both cars feature a wide body. Those who know however will notice the large air vents moulded into the bulging wheel arches. They might also notice that the 911 Turbo S has 20-inch wheels up front and 21-inches at the rear.

It also features an electronically adjustable rear wing as well as a front splitter which forms part of the active aero which improves handling and braking.  At higher speeds (above 200 kph), the active front and rear spoilers boost downforce by as much as 15%.

The 911 Turbo S combines that glorious engine with an updated PTM (Porsche Traction Management) all-wheel-drive system, a front axle that features additional water-cooling and reinforced steel plates which allows it send 500Nm to the front wheels. There is also a new, more stable driveshaft with just one universal joint that distributes power to the front axle. The rear makes use of an electronically controlled limited-slip differential that is able to vector torque between the rear wheels.

The 911 Turbo S offers so much grip that it is hard to fathom. Even when you apply throttle mid-corner you’re unlikely to see the stability control light flickering. The addition of a lighting fast 8-speed PDK gearbox means that you tend to arrive at corners much faster than what you expect. Thankfully, the Turbo S features an improved PCCB ceramic brake system that makes use of 10 piston callipers up front.

While the above is impressive the interior is equally so. This is no stripped-out track machine, instead, you get leather seats and carbon trim combination with light satin silver accents. As for instrumentation, well that is a tasteful blend of analogue and digital. Two digital screens flank the iconic Porsche tachometer which is dead centre on the instrument cluster.

Handling just about every aspect of the vehicle can be done via the large 10.9-inch infotainment touchscreen system. Other standard niceties include a GT sports steering wheel, the Sport Chrono package as well as a Bose surround-sound audio system. Everything that you interact with inside gives off a quality feel, every button pushed, every dial turned feels just right. It’s a comfortable hyper-drive cocoon that is ergonomically spot-on. While there are rear seats the only thing I found them useful for was holding my camera bag.

I have driven many cars with similar power but none that deliver it in such a way, a way where every element benefits the other in the pursuit of outright performance.  From a shopping centre parking lot to a Western Cape mountain pass the 911 Turbo S is beyond compare. It is violent in its approach to speed yet subtle when you need it to be. 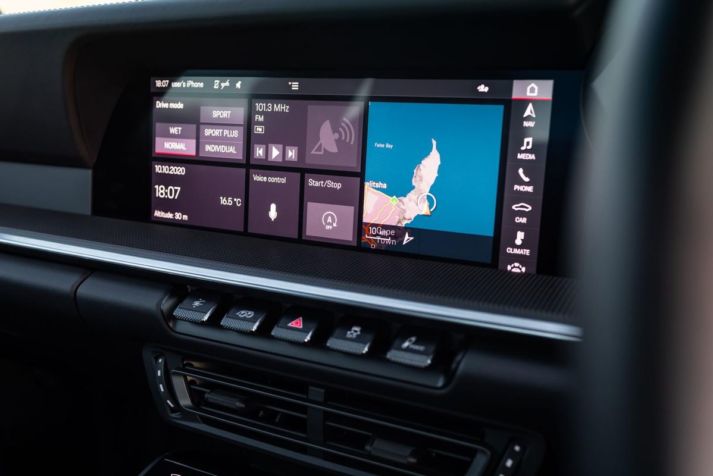 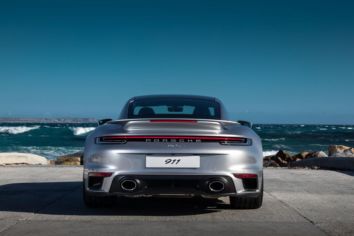 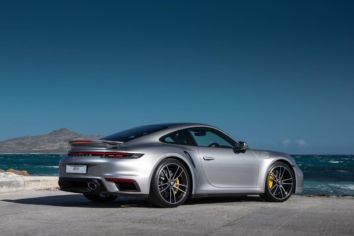 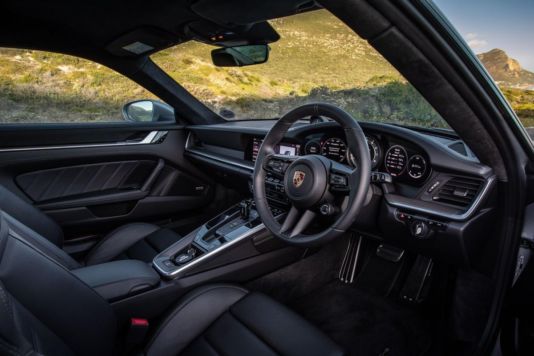 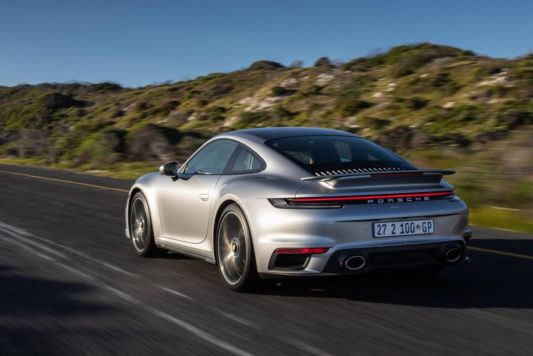