I remember attending the launch of the first Land Rover Discovery Sport a few years back and the car posed as an entry into the brand. It was positioned as a lifestyle vehicle but under the skin, the Discovery Sport featured impressive technology which enabled it to take you places your average city-slicker SUV couldn’t. There is now a new one and I got behind the wheel to see what has changed.

I’ll be honest with you here, I didn’t quite like Land Rover’s first attempt. Yes, the overall package was, in some cases, appealing but I felt as if the styling was a bit of a miss. The latest model has indeed rectified that issue. The newcomer features updated headlights with LED daytime running lights. There is a new front bumper which features some design elements to improve the vehicle’s aerodynamics. Overall upfront the Discovery looks modern, neat and eye-catching.

The rear of the car has also been updated and you will find redesigned taillights as well as an updated rear bumper, my test unit came in the top-spec HSE form finished in R-Dynamic guise. This means that you get a host of gloss black elements on the outside, large 21-inch alloy wheels in each corner and as seen in the pictures, a gloss black roof also features.

In a word; minimalist but don’t think that this is a negative thing, in fact, the contrary. The interior is awash with leather and soft-touch materials on just about every surface. The centre console features the brand’s updated touchscreen infotainment system aptly named Touch Pro, which is Android Auto and Apple CarPlay compatible. It is easy to use but be warned that there are menus within menus so it might take some time to familiarize yourself with the intricacies of the system and to better understand what is on offer. The rest of the facia features very little buttons and most functions are prompted by touch-sensitive surfaces.

Some items have duel functionality, for example, the driver side temperature adjustment dial doubles as a Terrain Response 2 selector which lets you choose the preferred terrain option depending on the driving conditions. The area around the gear-lever is clear from distractions and there is even a wireless charging pad which comes in handy. The Discovery Sport also offers a host of connection ports in the centre armrest such as USB, SD Card and even a place for a data SIM Card so that the car can become a 4G wifi hotspot.

The biggest plus point is the new ClearSight rear-view mirror which uses a camera mounted in the roof antenna to portray a high-definition video with a wide field of view of what’s happening behind you. Used in conjunction with the Blind-Spot assist feature it provides added safety. It’s a game-changer.

Being a Land Rover, the vehicle must be capable to venture off the beaten track and this one can, although within reason. The Discovery Sport features a wading depth of 600 mm and a ground clearance of 212 mm. It also makes use of the 2nd-generation Active Driveline system, as well as the Terrain Response 2 system which lets you select between four off-road modes: Comfort, Sand, Grass/Gravel/Snow, Mud/Ruts. The Discovery Sport can also be fitted with a 3rd row of seats making it a seven-seater while the second row can be folded flat in a 40:20:40 configuration to increase the luggage space rated at 754-litres.

Discovery Sport customers have a choice of either a petrol or diesel engine and I was happy to receive the latter. The D180 as it is badged is a 2.0-litre four-cylinder turbo-diesel motor that develops around 132 kW and 430 N.m of torque. Power is sent to the front wheels via a 9-speed automatic transmission. When the vehicle detects slip the clever Terrain Response 2 system will send power to the rear wheels to provide better traction.

There are a few issues with the car. Firstly, the Stop/Start function is activated when you apply brake pressure but the engine does not turn on when you remove your foot from the brake pedal, instead, it only starts up when you depress the accelerator. There is a slight hesitation, add in the fact that it is a diesel and suffers from a bit of turbo lag and the process of moving along becomes somewhat annoying.

Despite this small issue, the Land Rover Discovery Sport is a well-equipped, capable and good looking machine and is priced at R898 000 for the D180 R-Dynamic HSE which I drove. This segment is highly contested with very capable offerings from German manufacturers such as VW, Audi, Mercedes and BMW, with the BMW X3 remaining a favourite. 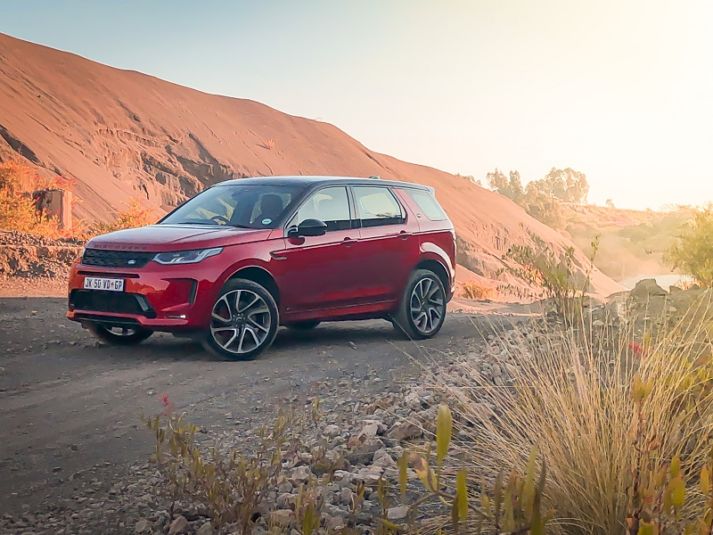 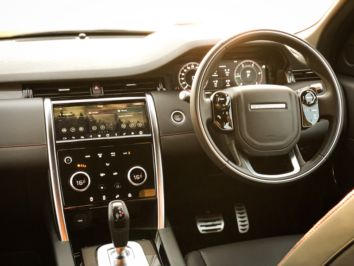 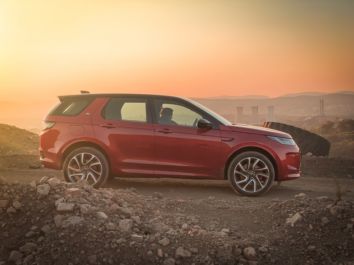 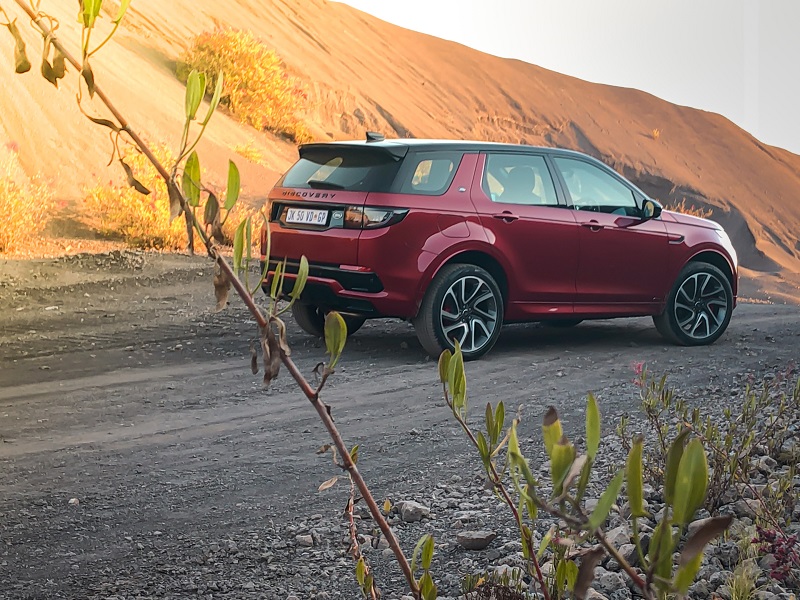