Kia Picanto: The gentle evolution of a class act 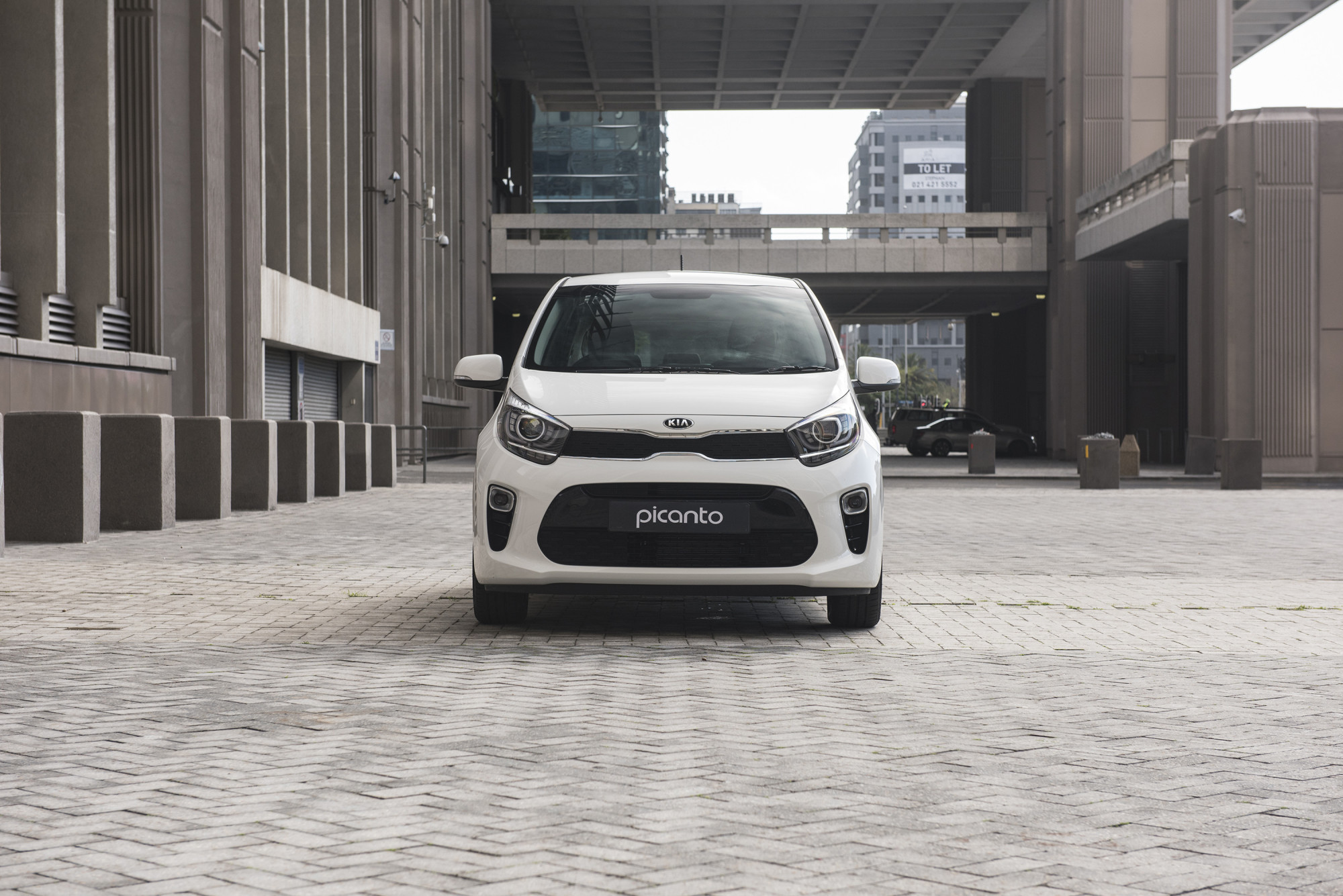 I still recall the fanfare with which the first-generation Picanto landed in South Africa. Here was a thoroughly modern city car with a fuel-injected multivalve engine and cute, mousy styling – and that was already enough to set it apart from its competitors. Remember, this was in an era when the budget sector was populated with primitive CitiGolfs, Corsa Lites, Chevy Sparks and Hyundai Atoses. None of these alternatives could offer a similar combination of contemporary design, perky engine and available features, so the littlest Kia simply walked all over its opponents.

Fast forward to 2011, and the second-generation arrived to upset the apple cart yet again. Slightly larger, much more sophisticated and trading cuteness for assertive styling, Picanto mark 2 was one of the Korean company’s first products to feature Peter Schreyer’s “Tiger Nose” styling, along with some sharper creases, all-new powertrains and modern amenities. Yet again, the buyers snatched them up, leading to a successful production run which saw only one (almost invisible) update over its 6 years on the market.

And now there’s an all-new Picanto, ready to tackle a somewhat different marketplace head-on. If anyone expected a similar leap from the second generation to the third, they’d probably be disappointed. The latest incarnation is different enough to stand apart, but it’s still recognizably a Picanto. That Shreyer grille is still there (albeit wider than before) and the overall proportions are much like the old car’s (short and tall), but subtle revisions see a slightly longer wheelbase which pushes the wheels closer to the corners of the body. The headlamps trade its predecessors’s wide-eyed look for something altogether much angrier, and the front- and rear bumpers feature a stronger emphasis on horisontal lines for a wider appearance. But, while the styling changes appear to be evolutionary, it’s still a highly distinctive-looking car in its segment.
The new Picanto’s cabin shows a larger step into the future than its exterior styling suggests, with a repeat of the exterior’s horisontal design cues to create an impression of greater cabin width. But, while the measuring tape will show a few extra millimeters of space in almost every dimension, the changes are slight enough as to be almost unnoticeable. What is immediately apparent, however, is the step up in material quality. While it’s still not awash in soft-touch loveliness, the cabin’s plastics do appear significantly more upmarket than before, and it’s all screwed together very nicely as well. The luggage compartment also grows a bit – it’s a full 25% larger than before, and now vies for class honours with its capacity of 250 litres.

The third-generation Picanto is offered in four trim levels, with a choice between two engines and two gearbox options – a (very slick-shifting) 5-speed manual or a 4-speed automatic. The engines carry over from the previous range with only detail improvements: buyer can still choose between a 1.0-litre three cylinder mill and a 1.2-litre four-pot, both petrol-fuelled units with four valves per cylinder and variable camshaft timing.

Neither engine features turbo charging or direct injection, so peak outputs are, predictably, on the modest side: the 1.0 delivers all of 51 kW and 96 Nm, with the 1.2 mustering 63 kW and 116 Nm. Fortunately, the Picanto is still a feather-weight, so performance is quite peppy enough to keep pace with traffic. It’s commendably frugal too, with official average consumption figures of 4.4- and 4.8 litres/100 km for the manual 1.0 and 1.2, respectively. Over our drive route during the new Picanto’s local launch event, the 1.2 manual we sampled returned an easy 5.0 litre/100 km average figure – and that without applying any specific effort to conserve fuel.

As with the second generation Picanto, equipment levels are pretty comprehensive. Even the entry-level “Start” variant features standard air conditioning, a driver’s airbag, and a radio with Bluetooth/USB functionality. One step up gets you a “Street” version with ABS, electric front windows, remote central locking, steering wheel-mounted audio controls, and an added airbag for the passenger. The next level is named “Style”, which adds alloy wheels, daytime running lamps, front foglamps, a rear window wiper, and automatic headlight control. Top of the line is the “Smart”, which gains 16-inch alloy wheels, projection headlights, LEDs for the daytime running lights and rear combination lights, electrically-folding, heated side mirrors with integrated LED indicator lamps, aluminium pedals, two-tone cloth and leather upholstery, leather trim on the steering wheel and gear knob, a colour touch-screen multimedia system with Apple CarPlay/Android Auto/Bluetooth connectivity, and rear parking sensors with a rear-view camera incorporating dynamic guidelines.

As for the new Picanto’s driving experience, it’s much the same as the older generation offered, but with one crucial improvement: the steering’s electric assistance system has been completely redesigned, finally eradicating the old car’s vague stickiness around the centre position. Steering response is also boosted by a quicker, sharper steering rack, and the redesigned suspension keeps body motions in check whether you’re hurtling through a mountain pass or navigating suburban speed humps. It might look much like the old Picanto, but it’s now much, much better to drive. It actually verges in the direction of fun now, rather than merely being competent enough. It also rides with surprising composure, soaking up both sharp bumps and long undulations with a fluency which belies its miniscule dimensions, although tyre roar can become quite intrusive on certain road surfaces.

While the newest Picanto isn’t quite the trend-setter its predecessor was when it arrived, there are still enough reasons for any shopper to add it to the shortlist. It’s cute as a button (especially in one of the exciting new colours), more practical than ever, well-made, more refined, and spacious enough. Kia makes no secret of their ambitions for the new tyke, with an aim of 650 unit sales every month. This lofty target might just be attainable, though – especially since the Chevy Spark’s imminent demise will leave a sizeable opportunity for an enticing newcomer to conquer new customers. Add it’s undeniable value proposition to the equation, and the littlest Korean might just conquer its market segment yet again.

Disclaimer: The Motoring Channel was invited by Kia Motors South Africa to attend their launch of the Kia Picanto.  All meals and accommodation as well as a test car were provided for the duration of the launch. This has absolutely no bearing on the content of this article.