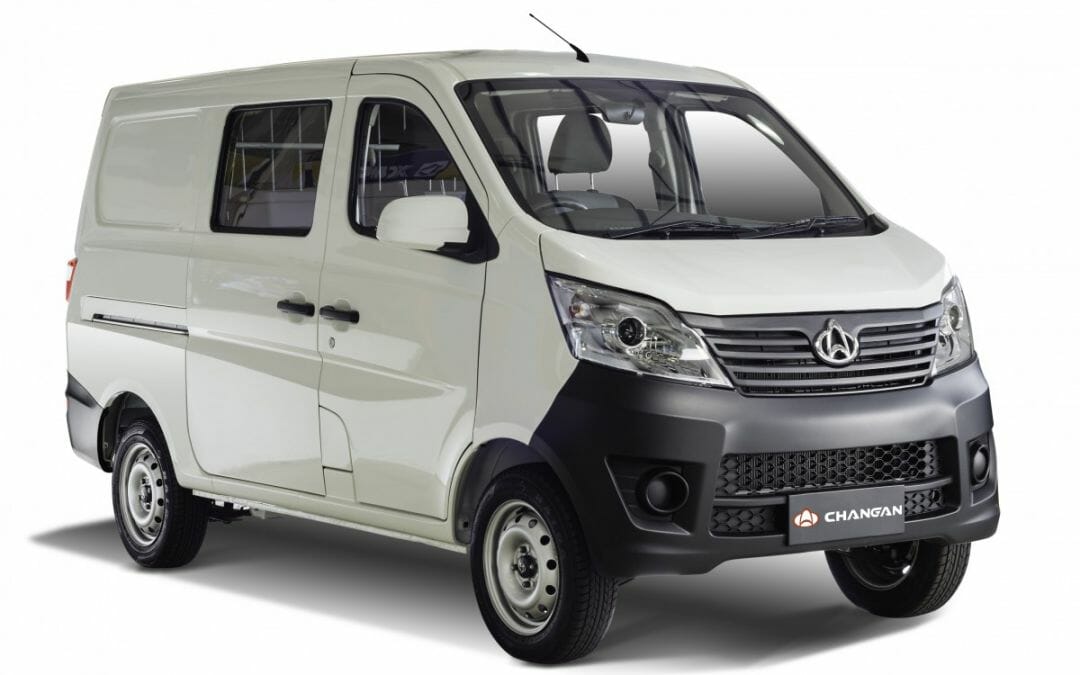 Sometimes the cars I receive for test aren’t the most glamorous, nor are they quite what I’d like to see parked in my garage.  In fact, I get cars that I give a bit of a scoff at when I first hear of the test request.

The Changan (a division of JMC SA) Minivan is definitely one of those cars, expecting the worst when it comes to workmanship, usability and comfort.  As it arrived in the parking lot with it’s unimaginative design and very boxy appearance, I was less than enthused to be behind the wheel for the week.

It took me a short while to get used to the little minivan and initial impressions left me asking the question of “Who in their right mind would actually buy it?”.  The answer did become apparent; Someone who needs a little workhorse, that’s ok on fuel economy, thanks to its very nippy 72Kw 1.2 litre motor claiming 6.5l/100km.  Someone who needs space to do weekday deliveries (think bakery, at least I did) and also needs to carry a few of their employees along with the delivery thanks to the 2nd row of seats.

The rear space behind the protective fence is awe-inspiring and I could honestly consider this vehicle as a cheap weekend carrier for the dogs, mostly due to the plastic and sparse rear area which is dog-friendly.  Throw the dogs in the back, the kids on the back seat (older kids as there’s obviously no isofix at this price point) and head down to the beach of the park.  Once you’re done, you simply throw everyone into the car along with the muddy and wet dogs, and you worry about little damage, if any to the car.

There is the option of the 2-seater Minivan which allows a much, much bigger rear load area.

The interior is pretty utilitarian with what looks like a hardy cloth covering for the seats, with the radio being just that.  No bluetooth, no CD, no MP3, just a radio with an AUX input.  The dash design is mundane, but that’s all that is needed and it seems pretty well put together.  There’s also a basic aircon which keeps the cabin cool.

There is almost no sound deadening in the interior with no carpets at all, expect for some plastic that covers the floor wells when your feet go.  This unfortunately leads to an incredibly noisy interior with little purpose of having a radio.

Sliding doors on both sides of the vehicle make getting in and out of the Minivan a doddle, while on the 2-seater models allows easy side access to the rear load area.

Don’t expect performance and handling of a more modern (and more expensive) panel van, but expect it to be OK getting you from A to B without much fuss.  The gear changes are fine allowing you to select the correct correct without issue. There’s no power steering, unfortunately, but the steering is light enough to not warrant such.

Look, there is very little sophistication to this car, if any at all, but it provides utilitarian usage for the general workweek workhorse that is lighter on fuel and big on space.  It’s an OK vehicle at an OK price with no bells nor whistles.

If you have a small business, need something on the cheaper side of R200,000 and you need oodles of load space, then I can’t fault the Changan Minivan.  I just wish that some of the finishes were a little better and that there was a little more sound-deadening in the cabin.

It’s time for #autotradercoty2019 awards! Who’

The overall and unanimous verdict between the 3 of

This little champ has proven itself time and time

We bring you the latest pricing of the much antici