Alfa Romeo has been in the motoring news for a while now thanks to a host of new offerings that look set to change perception of the brand – the main model of topic being the Giulia Quadrifoglio, but creating a 375kW performance sedan will always attract attention, especially when it offers performance that rivals the Old Guard in the performance sedan arena. While the sedan is a really good offering, Alfa Romeo has just managed to better it – in every way possible with the launch of it’s latest model to hit the South African market – the much-anticipated Stelvio.

It was almost exactly a year ago that news of Alfa Romeo’s attempt at an SUV broke, leaving more than enough time for the motoring interwebs sleuths to find out everything possible about it. Before laying eyes on the new Italian SUV we pretty much knew all about it – but just like knowing everything about a celebrity things change when meeting face to face; some people fan-girl so hard that they can’t speak, others act like it’s nothing special and a small minority gain a newfound respect and admiration. With the Alfa Romeo Stelvio it sort of ended up being a combination of everything. Seeing the SUV in person pretty much makes every image I’ve ever seen of the car seem sub-par. It’s a well-known fact that Italians have a talent for creating automotive art, managing to reflect passion and history in the curves and lines of metal panels, and the Stelvio is no different.

Alfa Romeo’s Stelvio is arguably the best-looking production car in their stable to date, that bold Cloverleaf front-end styling shared with the Giulia just looks better on the taller SUV body, it’s more in proportion and lends itself perfectly to the hatchback rear. A nice touch is that the two trims already available in SA (Super and First Edition) are mechanically identical with minimal aesthetic differences, so those buying the “entry-level” model won’t feel like they’ve settled for less. In fact I think the Super on it’s smaller wheels with higher walled tyres will likely offer up a better drive, being able to soak up corrugations and undulations without the driver even knowing they’re there. For the range-topping QV trim that’s destined for its SA introduction during the first half of 2018, the big wheels fitted with lower profile tyres are par for the course and quite frankly a must on that kind of fast SUV.

Inside the cabin of the Alfa Romeo Stelvio things are as interesting and stylish as the exterior – again, clearly Italian. Smooth, flowing lines with soft-to-the-touch plastics, great quality leather, brushed aluminium and piano black trim are splashed around the interior with a great layout. The flat-bottomed multifunction steering wheel is just the right size and thickness and includes all manner of controls including the start button (even though you’ve just read this, I can guarantee you that you will still climb in the car and not find the start button). Paddle shifters are available if you want more control over the automatic transmission (not that you need it), and after driving the car for a hew hundred kilometres I can safely say that you WILL want to tick the option box for these. The lower part of the center console features dials to select various drive modes (D, N and A) and the gear selector. One nice touch is the button that controls the radio on the infotainment system; it’s on the passenger side so that the passenger can play DJ while not reaching across the cabin and possibly distracting the driver. The colour screen that heads up the infotainment is just brilliant and with no hard edges it has a seamless fit into the dashboard. There’s seating for five, although four would be an optimum fit, but it’s up front where you want to sit. The high-bolstered seats are clearly meant to keep you in place during hard cornering (yes, this is an SUV that warrants hard cornering) and they can be had with power adjustments, although the manual adjusting is perfectly fine. There is little to fault the Alfa Romeo Stelvio’s interior on, if I must be picky there was some wind noise, presumably from the wing mirrors, and the texture of the top of the dash doesn’t match texture of the plastic under the brushed aluminium strip. Like I said, picky, because overall it’s a really nice place to be with a perfect seating position, great all-round visibility and the feeling that the car has been shrunken around you.

Driving the Alfa Romeo Stelvio 2.0 Super Q4 was a revelation. The acceleration is good, really good, and in a few seconds you’re on the wrong side of the law, but you can keep up the linear power delivery all the way to a very arrestable top speed of 230km/h. Alfa Romeo claims performance figures of 0-100km/h in a quick 5.7-seconds, but until someone locally straps a V-Box on to test one, I’d say it’s capable of quicker. I also think the claimed power figures may be on the conservative side with the turbocharged 2.0-litre 4-cylinder powerplant producing “206kW and 400Nm of torque”. It certainly feels like more, which could also be because the SUV tips the scales at just 1660kg and has a near perfect weight distribution. That available power is sent to the rear wheels, but it will make the necessary adjustments to send power to the front wheels when the driver asks the SUV to kick things up a notch and maximum traction is a requirement. Cog swapping is done for you with a lightning-fast 8-speed automatic transmission that seems to quickly learn your driving style and adapts shift patterns to suit. With the SUV having a sportscar undertone, the handling needs to match, and it does. In fact picture the best handing SUV you’ve driven and add in another ten percent, and you will only start to have an idea how good the Stelvio is. Everything I threw at the car was chewed up and spit back out, asking for more. I was more concerned about running out of talent than the car reaching its limits. I have to confess that I’m not a good enough driver to take the car up to a full ten-10ths, especially not on a public road. It was nigh on impossible to make the tyres squeal, the intelligent transmission gets the right power to the right wheel at the right time for optimum traction. The steering is direct and surgical in its execution, if you’re not ready for how sharp the Stelvio can turn you’ll likely activate one of the safety features telling you that you need a babysitter. Luckily the precise action works well with the feedback from the tyres, it’s one of those cars that gets the cliché about “making you feel connected to the road”. A modern hot hatch wishes it could feel this good.

Here’s comes the only real down side to the Alfa Romeo Stelvio, the pricing. Ok, to be fair it’s pretty much on point with similar offerings in this segment locally, in fact it looks to pack in a fair amount more features as standard. For the looks, the mechanics and a drive that makes sheer driving pleasure an understatement, it’s worth every single cent. I say it’s a down side because it’s ever so slightly out of my budget, other than that, this is one of a small handful of new cars I’ve imagined owning. Alfa Romeo has a clear winner on their hands with the Stelvio, fans will love it and I also think it has enough going for it to be able to sway fans of other brands into the Italian fold. Don’t take my word for it; sample one for yourself. Well done Alfa Romeo, well bloody done.

For detailed information visit www.alfaromeo.co.za. The Alfa Romeo Stelvio is sold with a 3-year/100 000km warranty and a new 6-year/100 000km maintenance plan as standard. 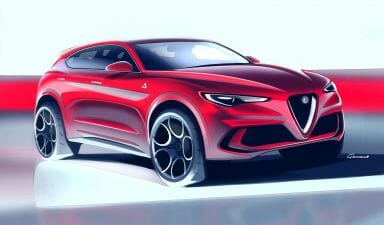 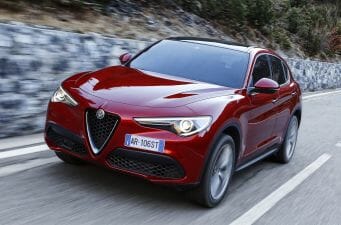 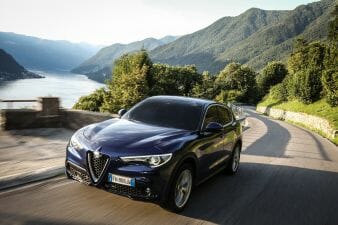 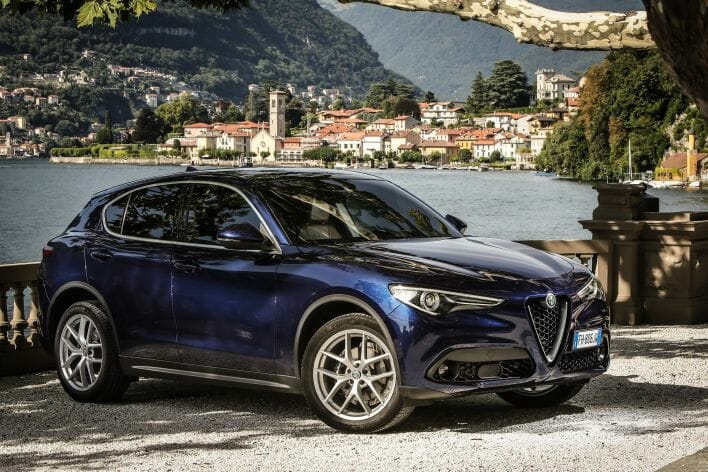 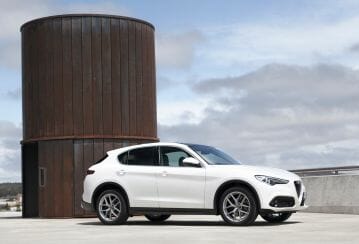 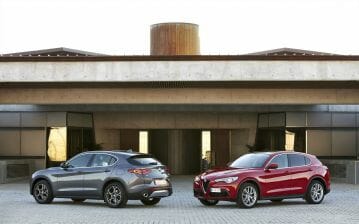 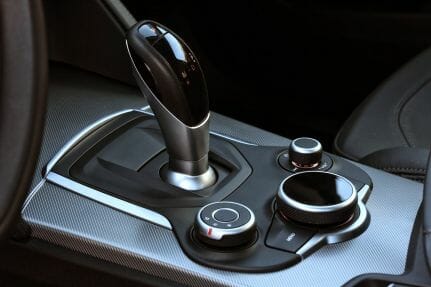 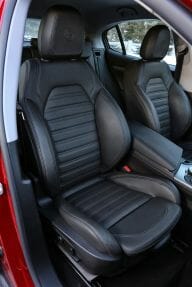 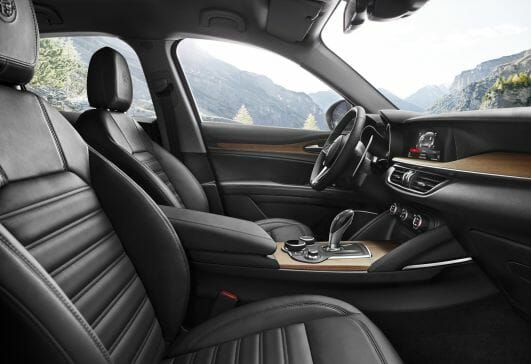 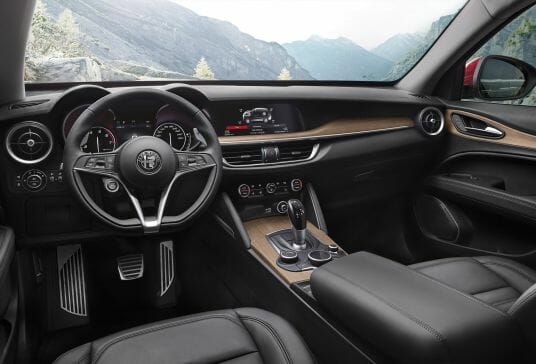 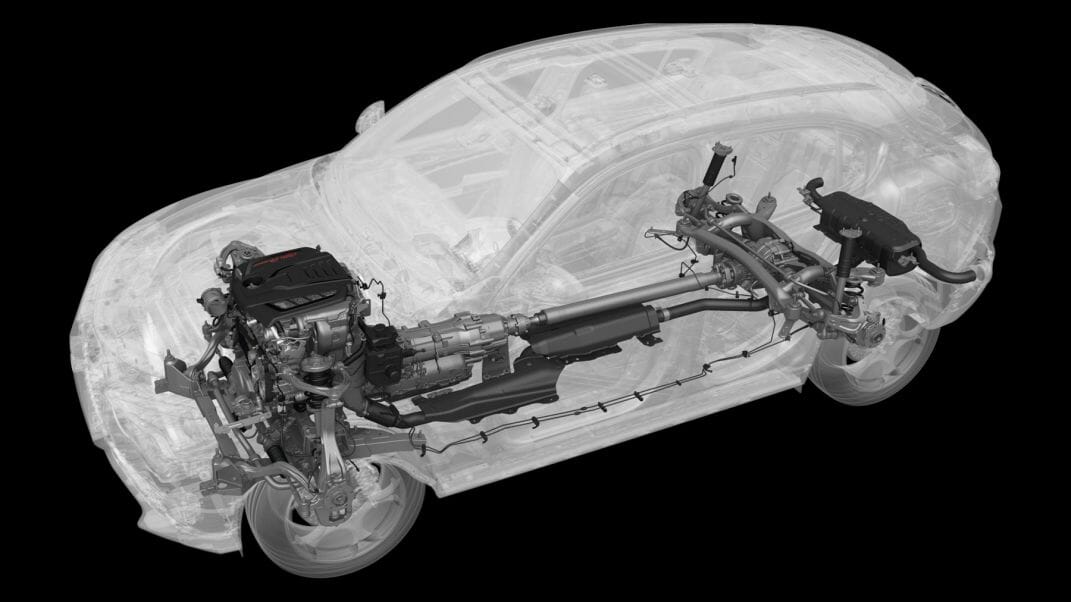