I’ll never forget the hype around the first-generation Volkswagen Touareg when it first launched many years ago and more specifically the bonkers V10 TDI version. It was a first for an SUV to feature such a powerful diesel motor with four more cylinders than most diesel offerings at the time. Since then though the big Volkswagen SUV has been in the shadows of many other premium German offerings, well that is until this latest model which has been given the R-Line treatment.

I will admit that I am rather fond of the Volkswagen Touareg and have always been. The previous generation was a quality product but it was undoubtedly outdone when the latest iteration came along. The new model is leaps and bounds ahead of the model that it replaces and in some cases, it feels every bit as premium as many of the other German SUVs on offer, including those brands under Volkswagen ownership such as Audi and Porsche.

More recently the brand has decided to treat the latest Touareg to some R-Line attire which essentially means that they have added some visual appeal and it has elevated the Volkswagen to a whole new level in my eyes.

I’m a huge BMW X5 fan and I adore the X5 30d but this Volkswagen Touareg R-Line has caused conflict within my mind and here is why I say that. Firstly the R-Line package adds a few sporty bits which differentiate this Touareg from the standard model. The vehicle now features a gloss black grille with other various gloss black elements such as vents on the lower edges of the bumper, even the IQ Light Matrix LED headlights are finished in black. The vehicle also gets 21-inch rims finished in black, black detailing around the windows also features as does a black roof spoiler, black diffuser with chrome tailpipes and LED rear lights.

All-in-all the Touareg R-Line is a real head-turner, especially when the adaptive air suspension is in easy access mode which is the lowest setting. Is it one of the best looking in the segment? To my eye it is. That said, it is the interior that ramps things up a bit.

Step inside the new Touareg and you are greeted by one of the biggest infotainment screens on offer in a vehicle within the segment. The Volkswagen Innovision infotainment system merges the digital dashboard with the Discover Pro premium infotainment system, to form one unit. The result is a 15-inch centre mounted screen angled towards the driver and a 12-inch digital instrument cluster. The system is visually appealing thanks to the quality of the displays. It is also easy to use and it is Apple CarPlay compatible. There’s also a wireless charging pad and two USB ports upfront, as well as Bluetooth. Volkswagen has introduced a night vision camera which can even detect pedestrians on the side of the road and alert the driver, the car features lane assist, there’s a heads-up display (which is one of the better units that I have experienced) as well as adaptive cruise control.

The rest of the facia is minimalistic and the centre console is clean and uncluttered. The seats are electric, heated and cooled and the large panoramic sunroof adds a welcomed element of space when opened. The rear seats can fold flat which increases the 810 litres of luggage space to 1800 litres. As always the fit and finishes inside are superb and the quality of the materials is truly impressive. One of my only criticisms, however, is the fact that the Volkswagens interior, although brilliant in how it has incorporated all the technology can feel a bit cold, a bit characterless, much like that found on the new Mercedes-Benz GLE for example.

During my time with the Volkswagen, I was able to hit the open road and found myself far from home. The Touareg returned a commendable driving experience and the adaptive air suspension which I eluded to earlier really adds to the comfort levels. The car glides along the asphalt with effortlessly. One of the other reasons for this is the truly fantastic engine under the bonnet.

The Volkswagen Touareg is offered with a 3.0-litre turbo diesel V6 engine that develops 190kW and 600Nm of torque. Power is sent to all four wheels via an 8-speed automatic gearbox and I managed to consume just over 8.0l/100km over my 300km round trip. Volkswagen claims that the vehicle will cover around 1268km on a tank, I saw a range of 1000km at one point on my trip. Being a German SUV there is an Off-Road mode which features alongside Comfort, Eco, Normal and Sport. When in Off-Road mode you can choose what off-road conditions you are faced with, be it Snow, Gravel and Sand. When in this mode the suspension lifts to its highest setting and the 4Moton system with the gearbox help utilise the power and traction better.

While I doubt owners will be doing technical off-road adventures with their Touareg the car is relatively capable and will easily handle those weekend trips to the bushveld where roads might become optional.

As for me, I found it to be a superb vehicle for any occasion. It’s comfortable yet has enough power to scare a few hot hatches. It is good looking but not in your face. It’s well built; in fact, it is built on the Volkswagen Groups MLB platform which also forms the basis of the Audi Q7, Bentley Bentayga, Lamborghini Urus and Porsche Cayenne.

Now, while the Touareg might be considered equal amongst many within the segment it does carry a price tag that is just as equal, well, sort of. The model which I sampled, the Volkswagen Touareg V6 TDI Executive R-Line has a sticker price of around R1 334 500. Tick a few boxes for the goodies that my test unit had and you are well into the price territory of the BMW X5 30d (R1 400 382) and Mercedes-Benz GLE (R1 501 840) for example. However, as I said earlier, the VW is not a lesser vehicle so one could consider it to be quite a bargain, I sure do. 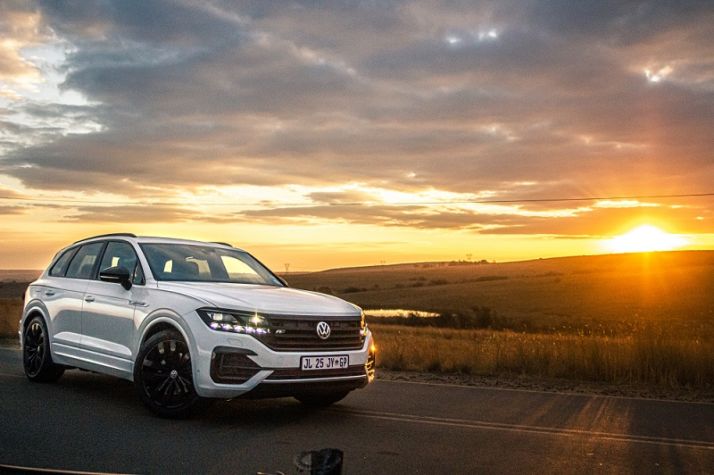 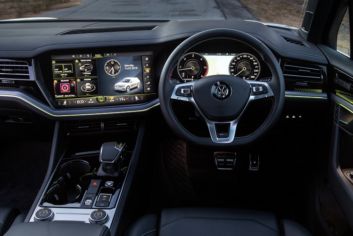 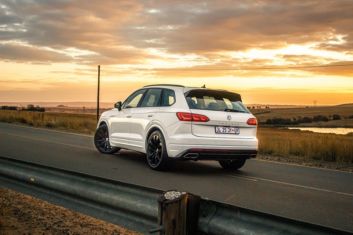 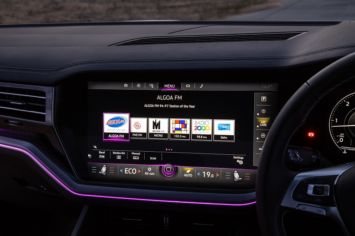 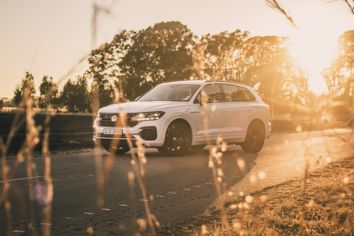 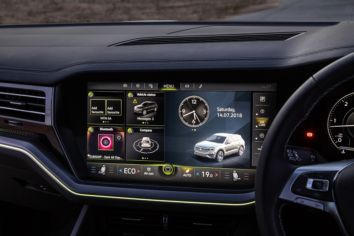